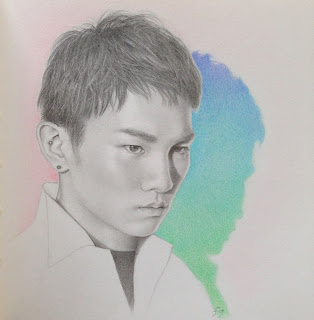 I discovered K-pop this week! Alex and I both listen to a wide range of music and although he listens to a lot of metal, he was telling me about Korean pop music. The music industry sounds like an enormous machine, investing in future stars and churning out hit after hit. Well, they seem to have hit on a very successful formula and I particularly liked one group called SHINee. This is one of the members, called Key.

I'm still playing with the colour backgrounds but I wanted to capture that perfect skin and graphite is great for that. I had fun doing this but for the last few days I've had one of their songs stuck in my head and I'm sure it's not accidental!

The Idaho Beauty said…
This is a stunner. I can't get over the shading on the face that brings things into such high relief and sharpness. And then that lovely wash of blended color in the background...

Anna said…
Hi Felicity, love the graphite you are using together with the colors! As a matter of fact, I just looked back through a bunch of old drawings I have, and I realized that I have not used pencil or graphite for over ten years and it made me long to get back to it again!
17 April 2017 at 20:19:00 CET 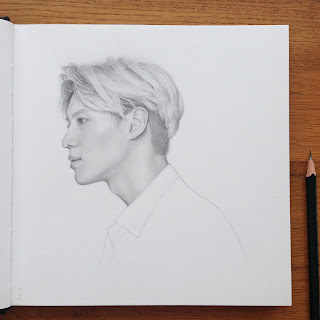 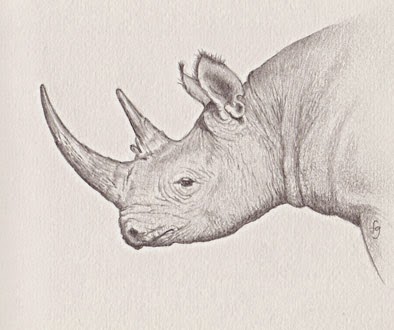 Felicity Grace
All artwork unless otherwise specified is from my sketchbooks and not intended for commercial gain.---All rights reserved. Please ask permission before using any content.